The view from Dead Horse Point is a mighty one, as well as a metaphorical one. Here, two waterways, lifeblood in the west, converge. The Green River and the Colorado come together through deeply cut canyons. The view of it from 2,000 feet above is staggering.

The confluence is kind of like lovers coming together. Each with their respective life, habits, patterns, ways to be, then two become one to form something unique but familiar. Nevermind the horrific name, Dead Horse State Park, there are few places in Moab, Utah, that are as splendid for an engagement, couples, or anniversary session.

I love photographing other photographers. They get it (the muttering, the punting, the framing the shot and nearly dropping off a cliff). Emily and Casey are both fantastic wedding and life photographers in Moab, so we had a terrific time making art together. It didn’t hurt that the sun blazed a burnt orange as it dropped behind high mesas. 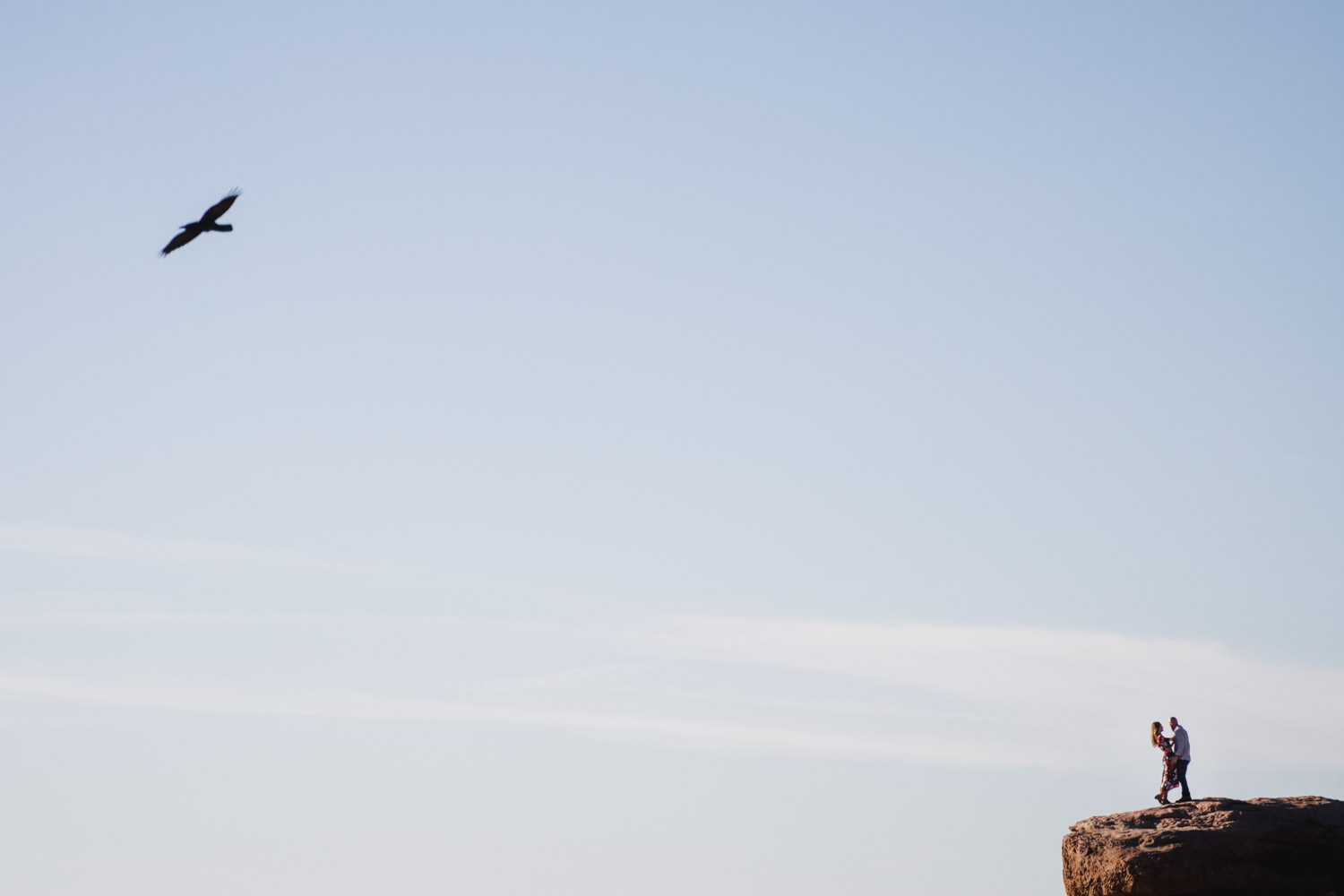 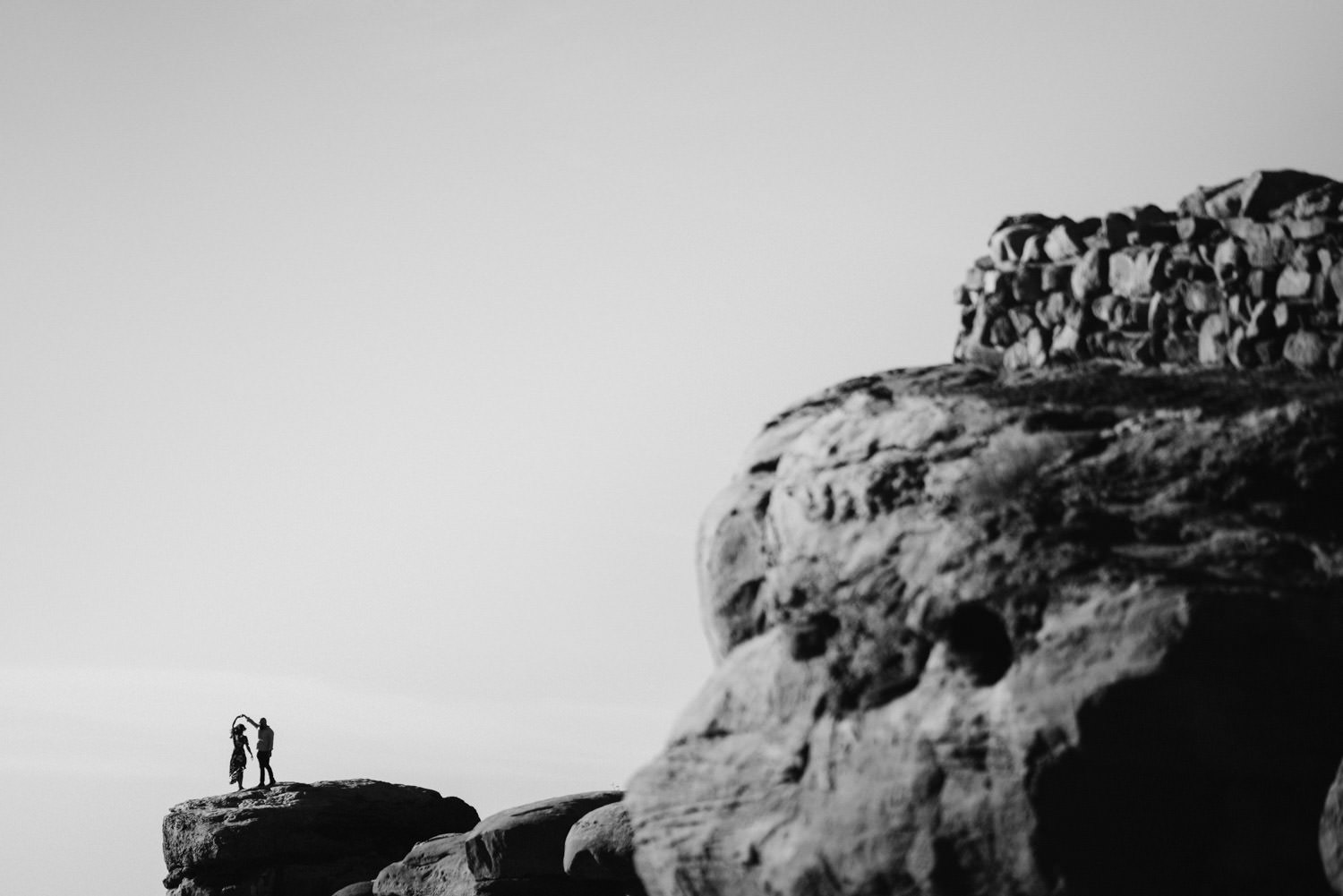 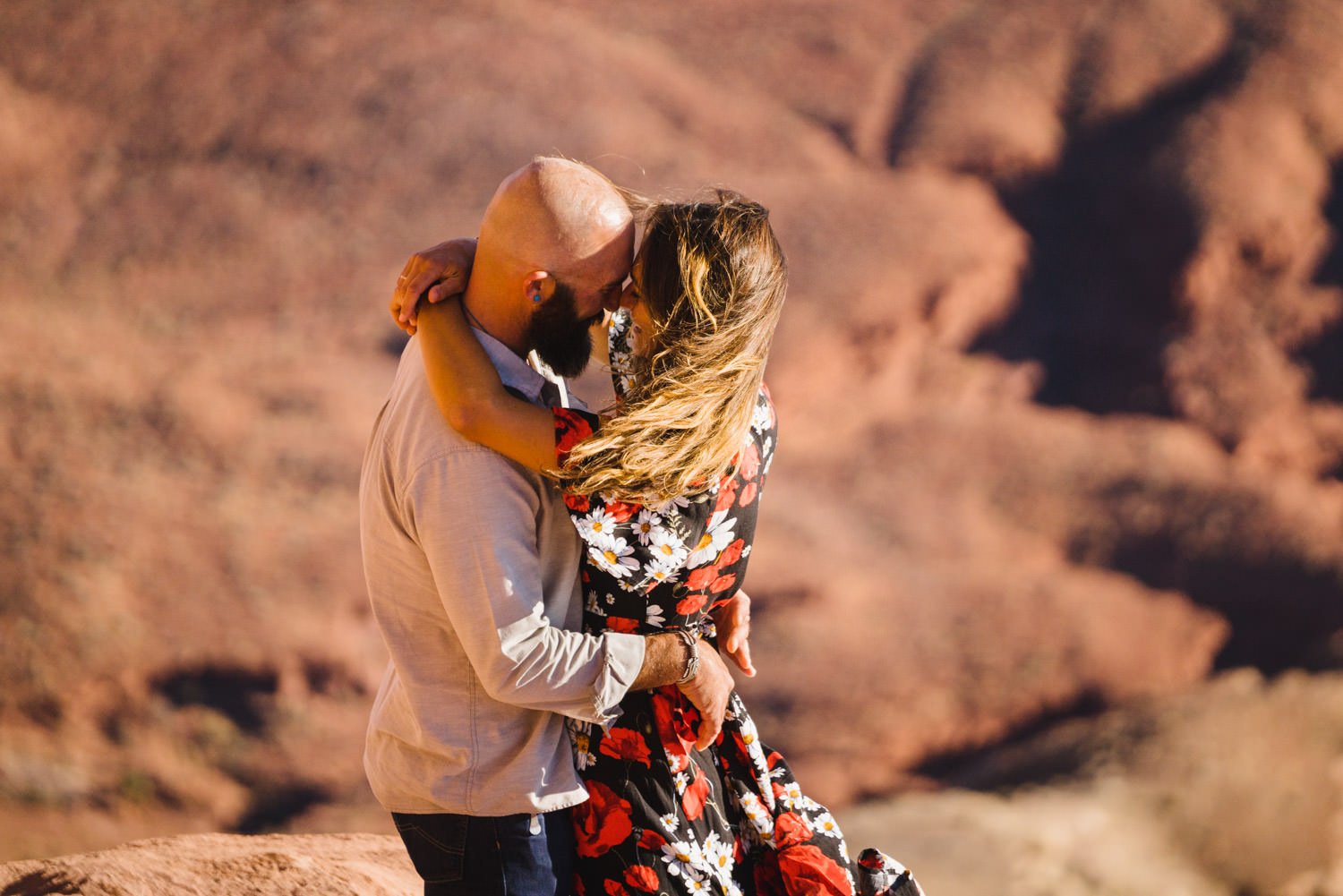 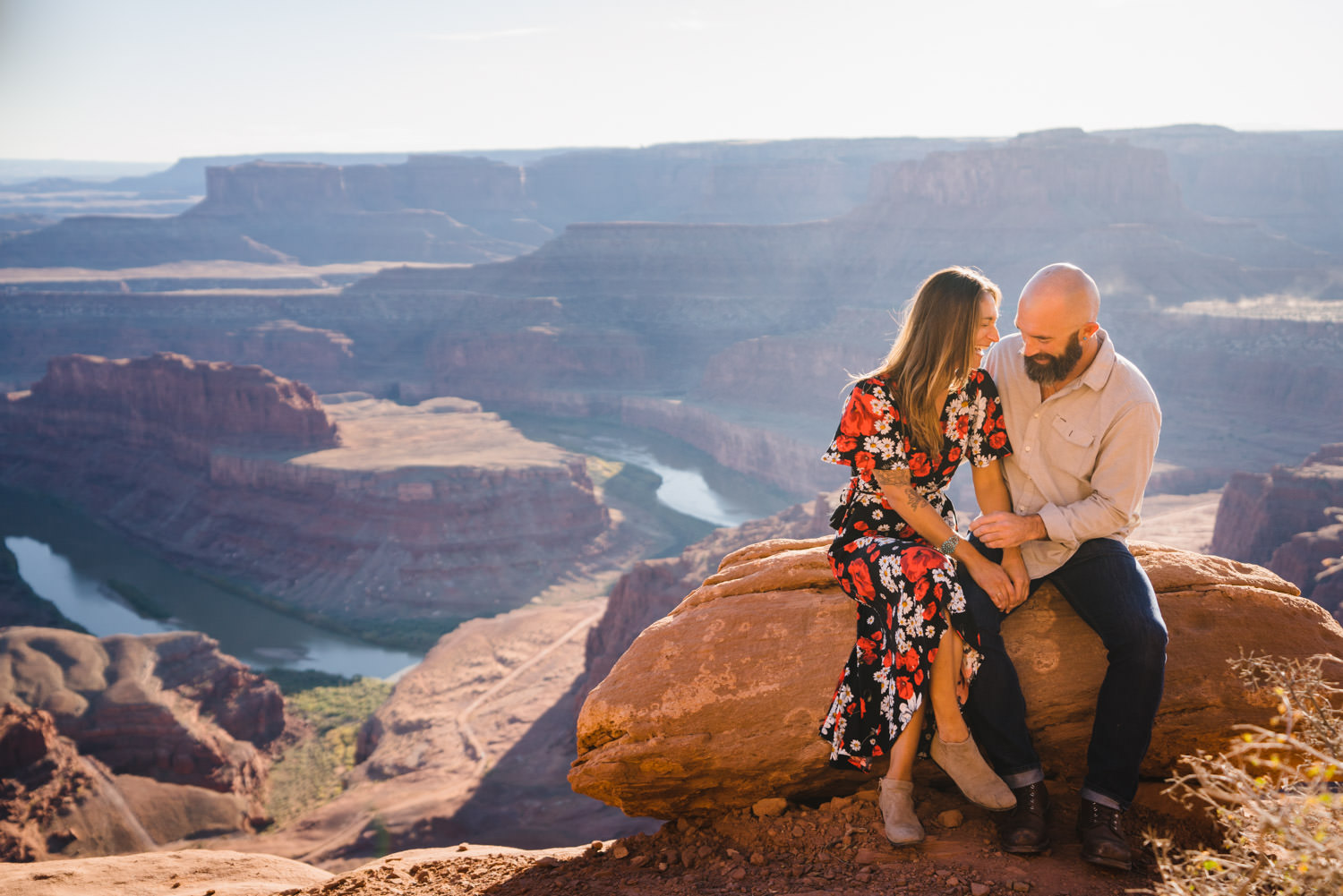 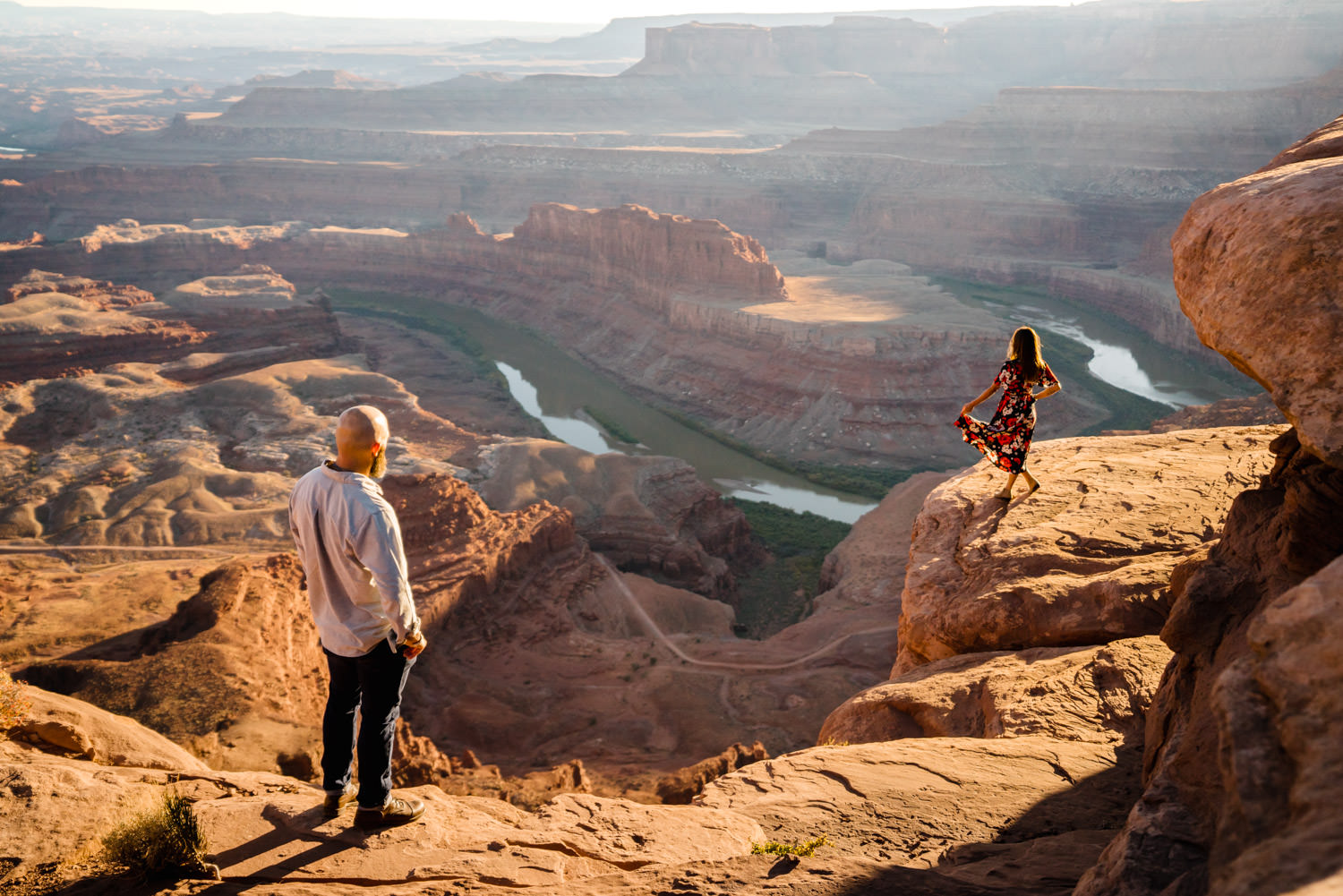 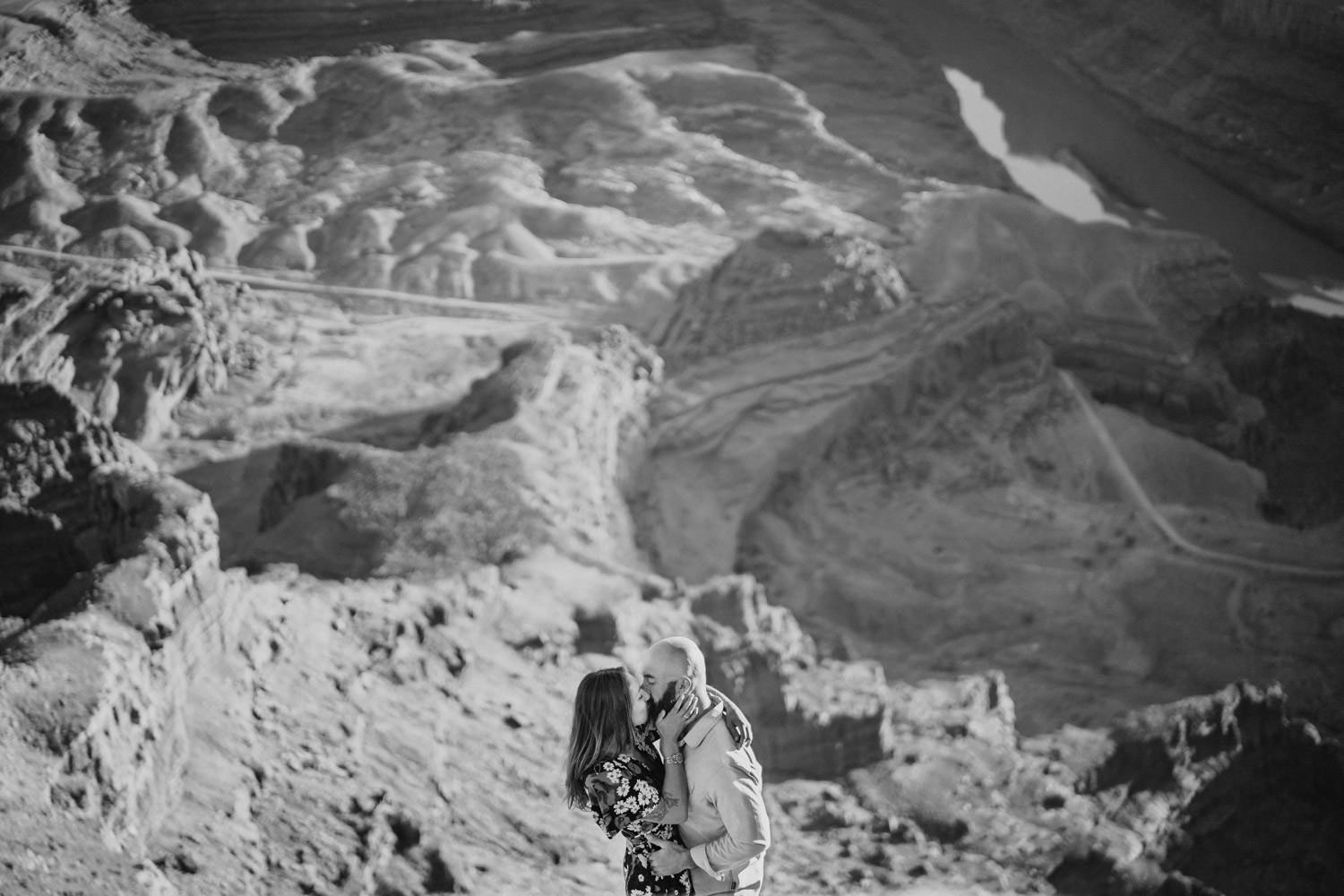 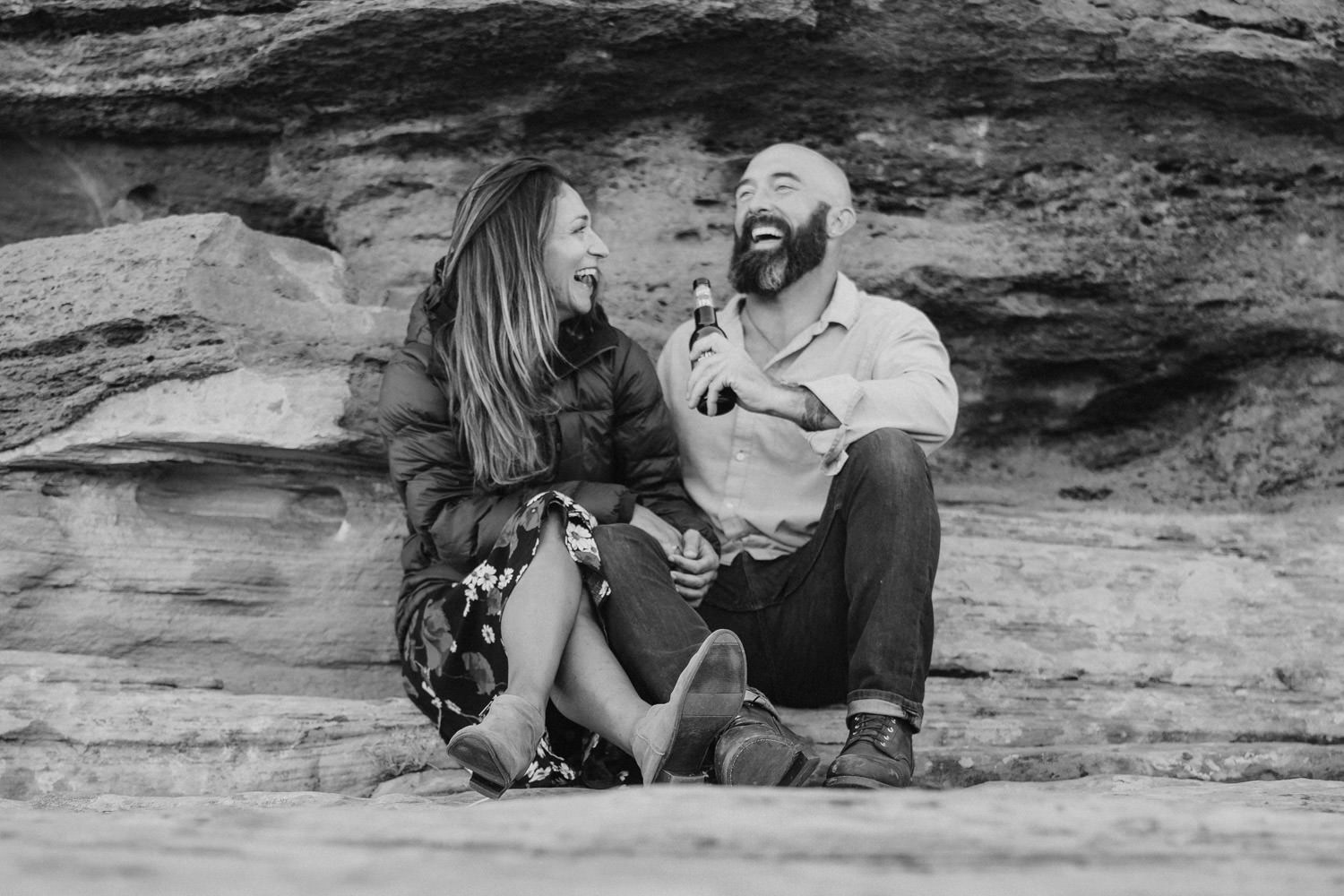 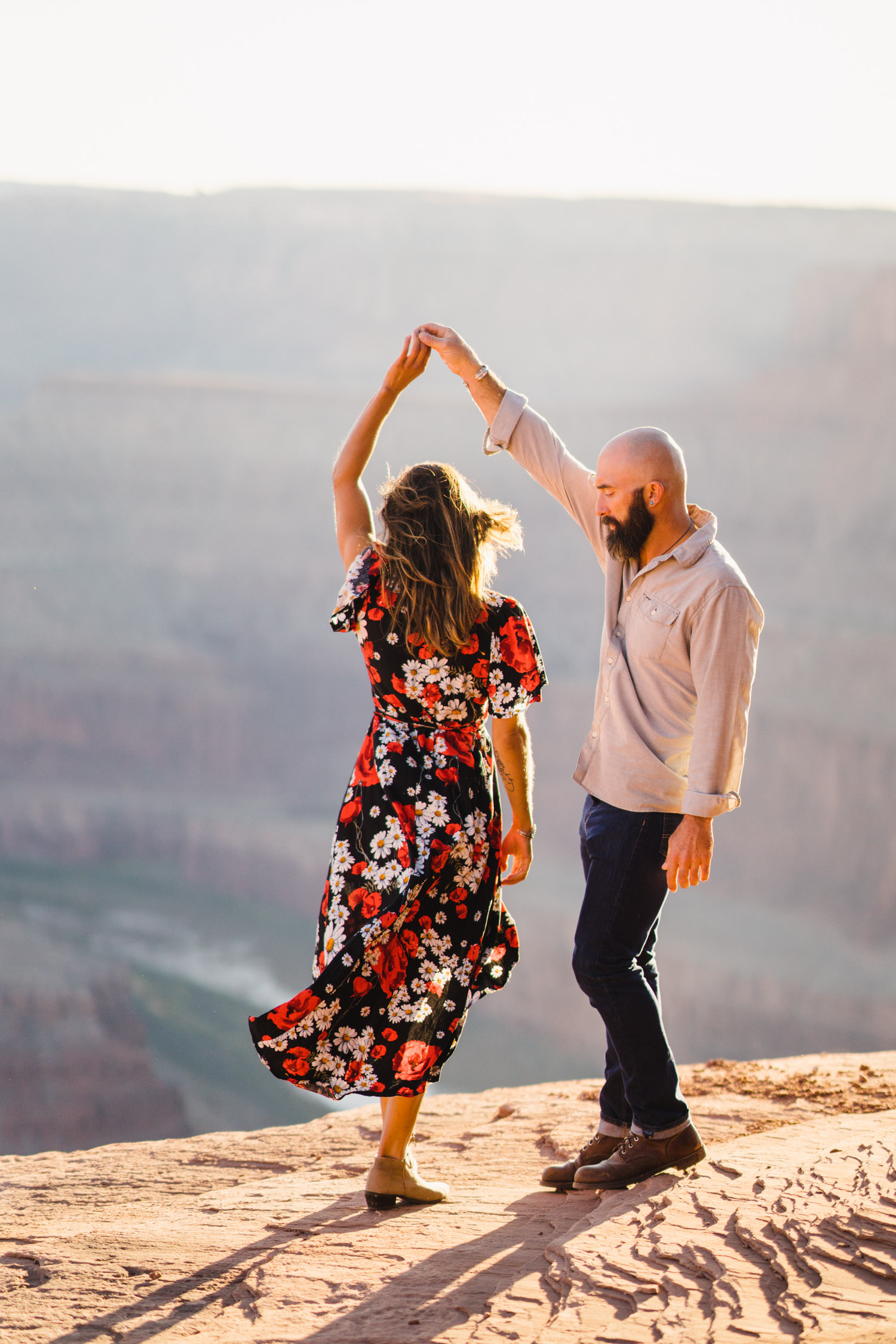 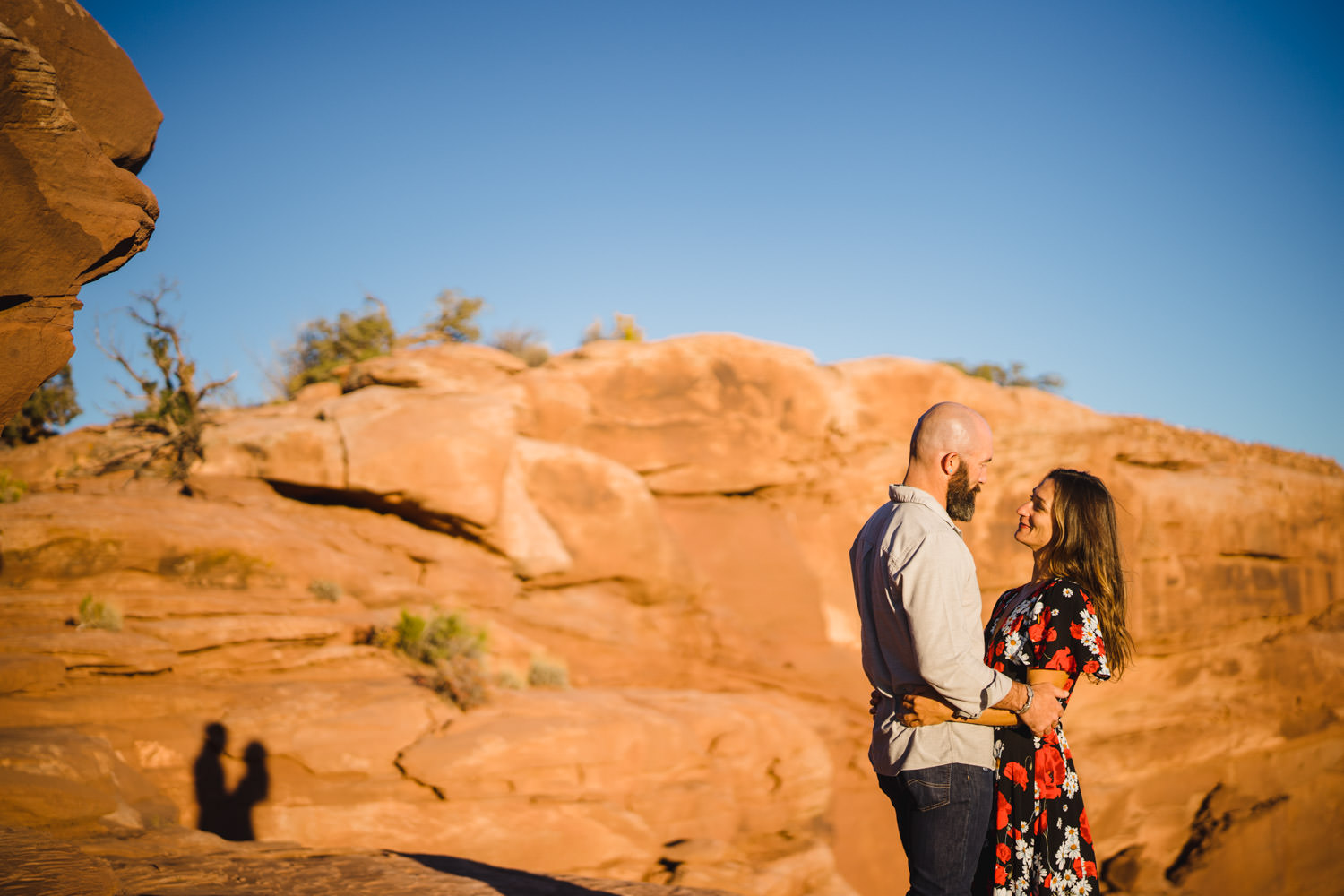 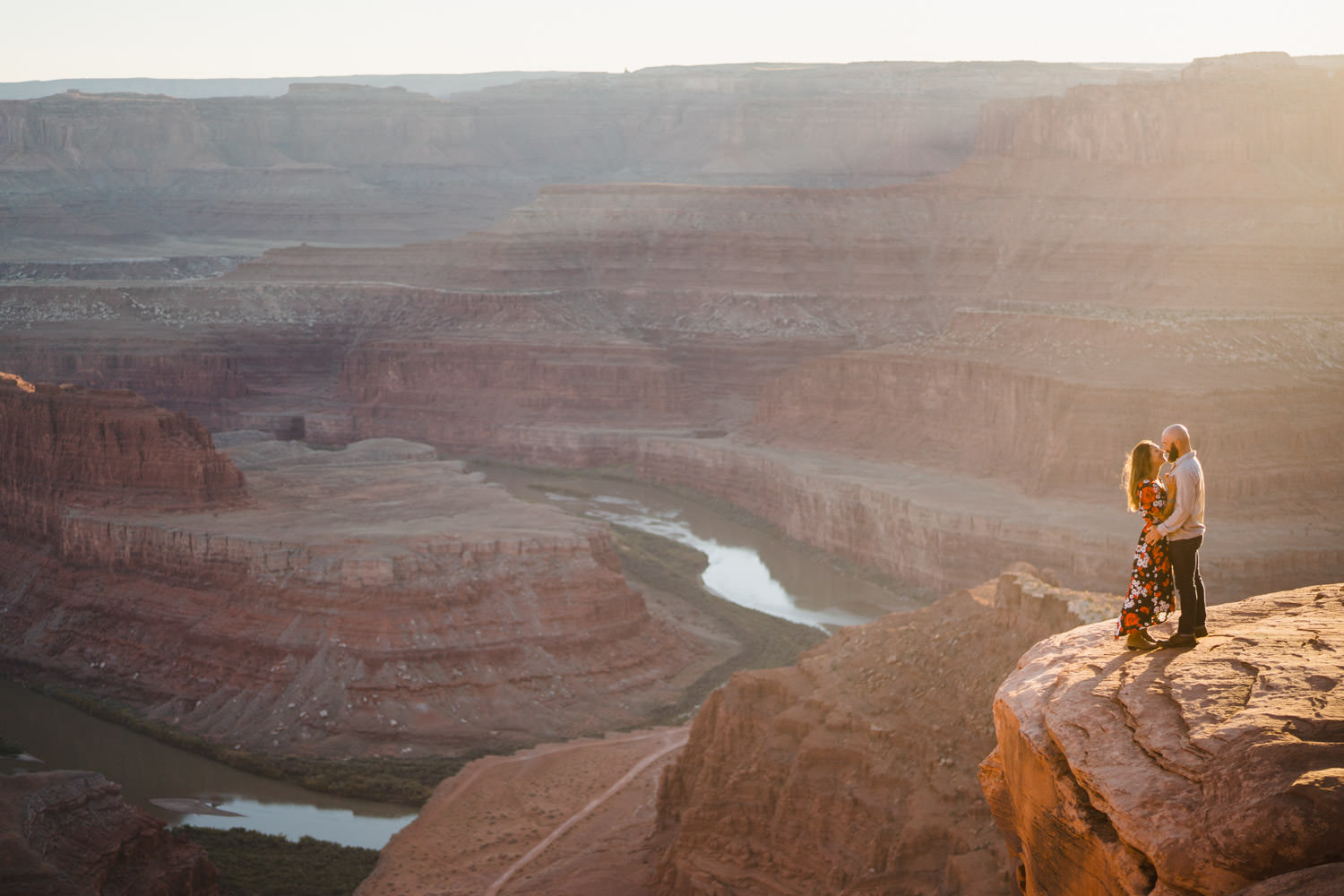 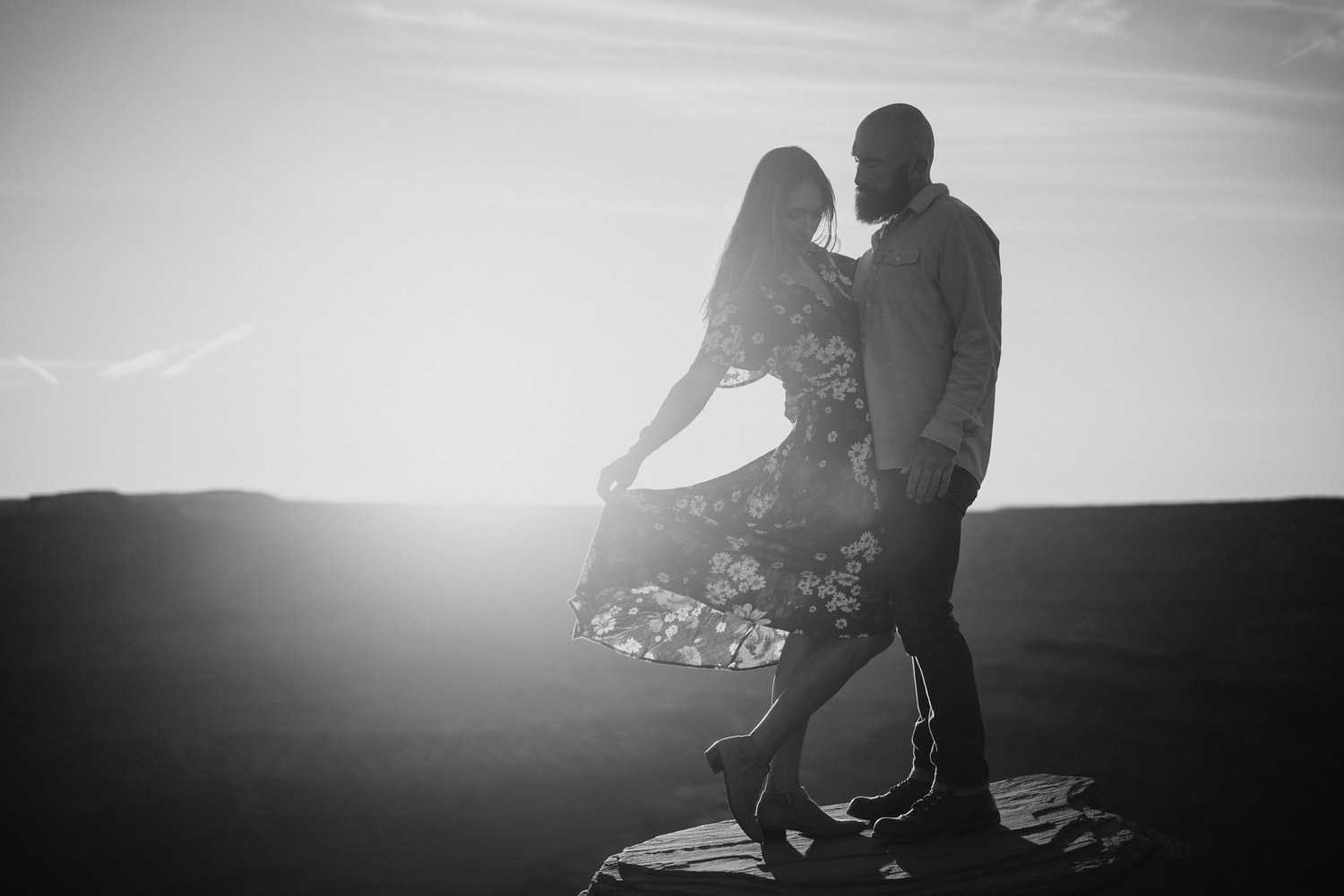 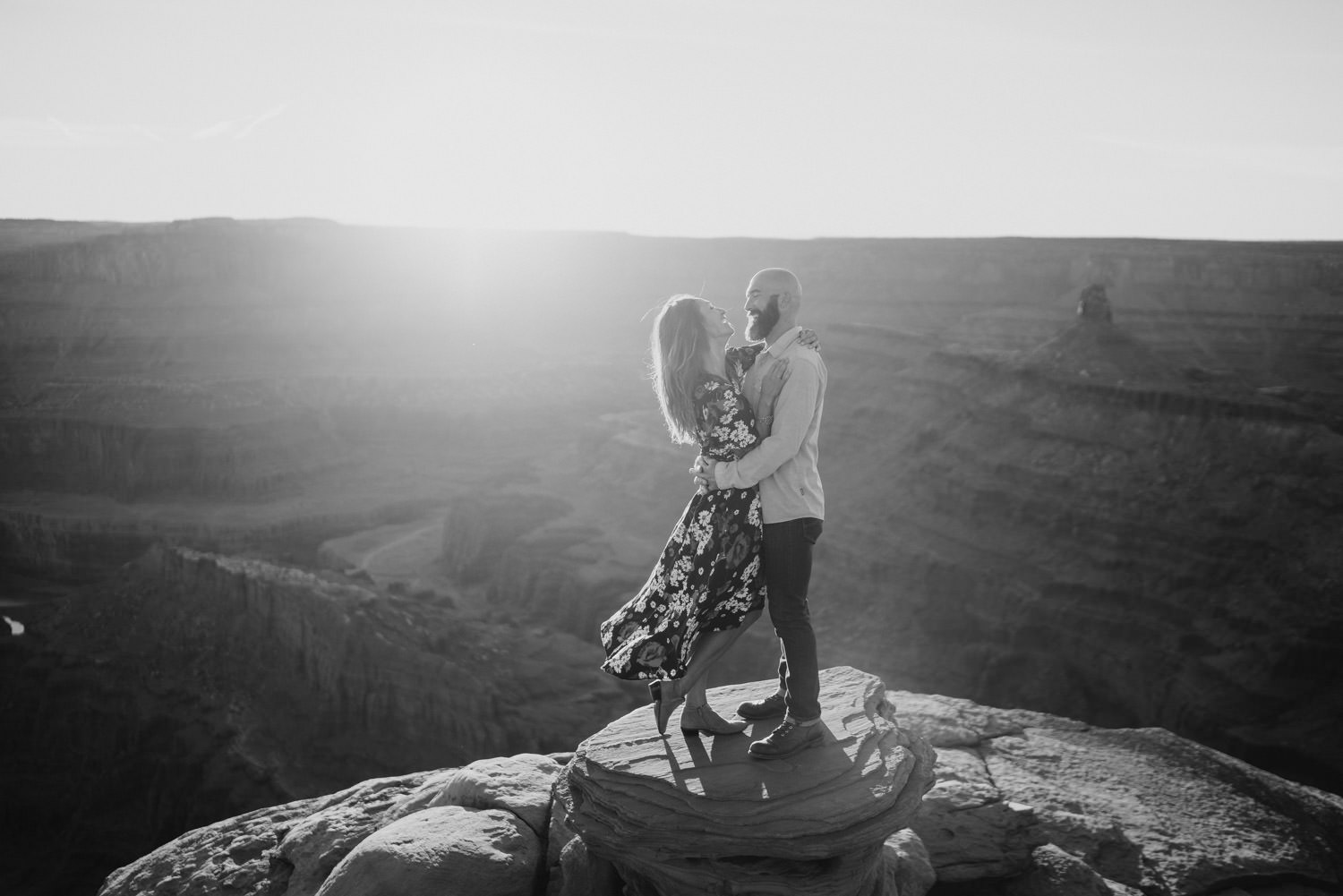 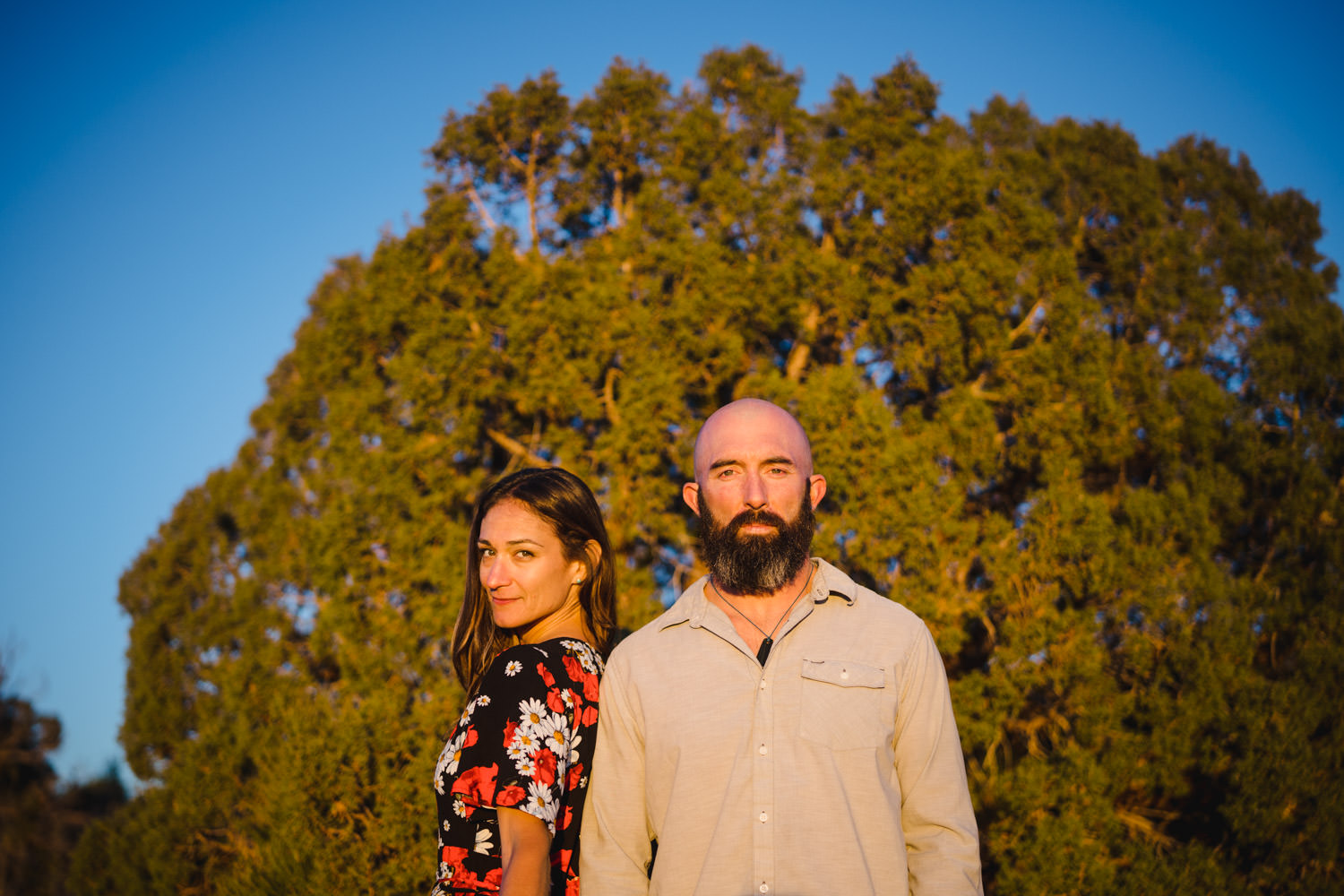 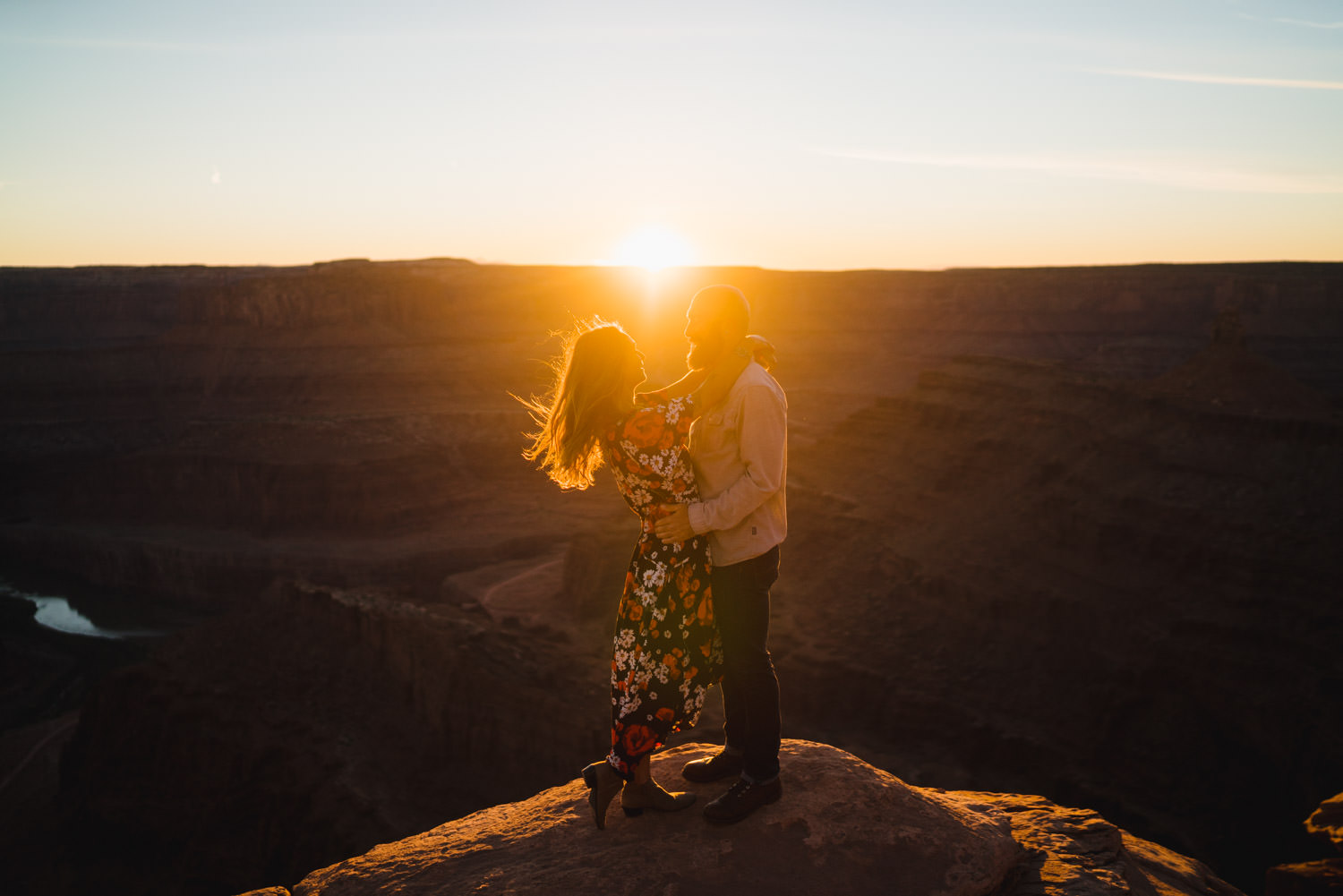 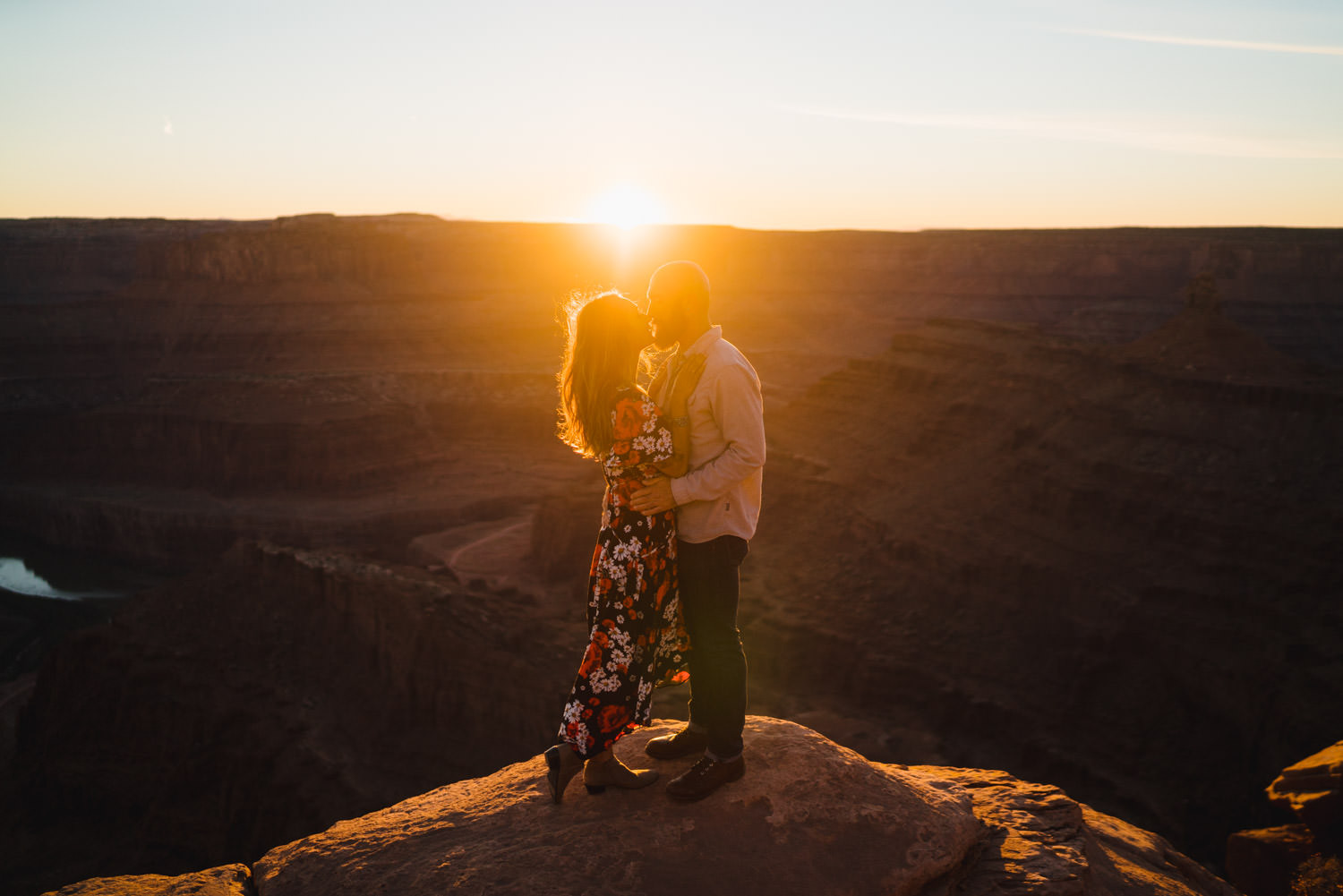 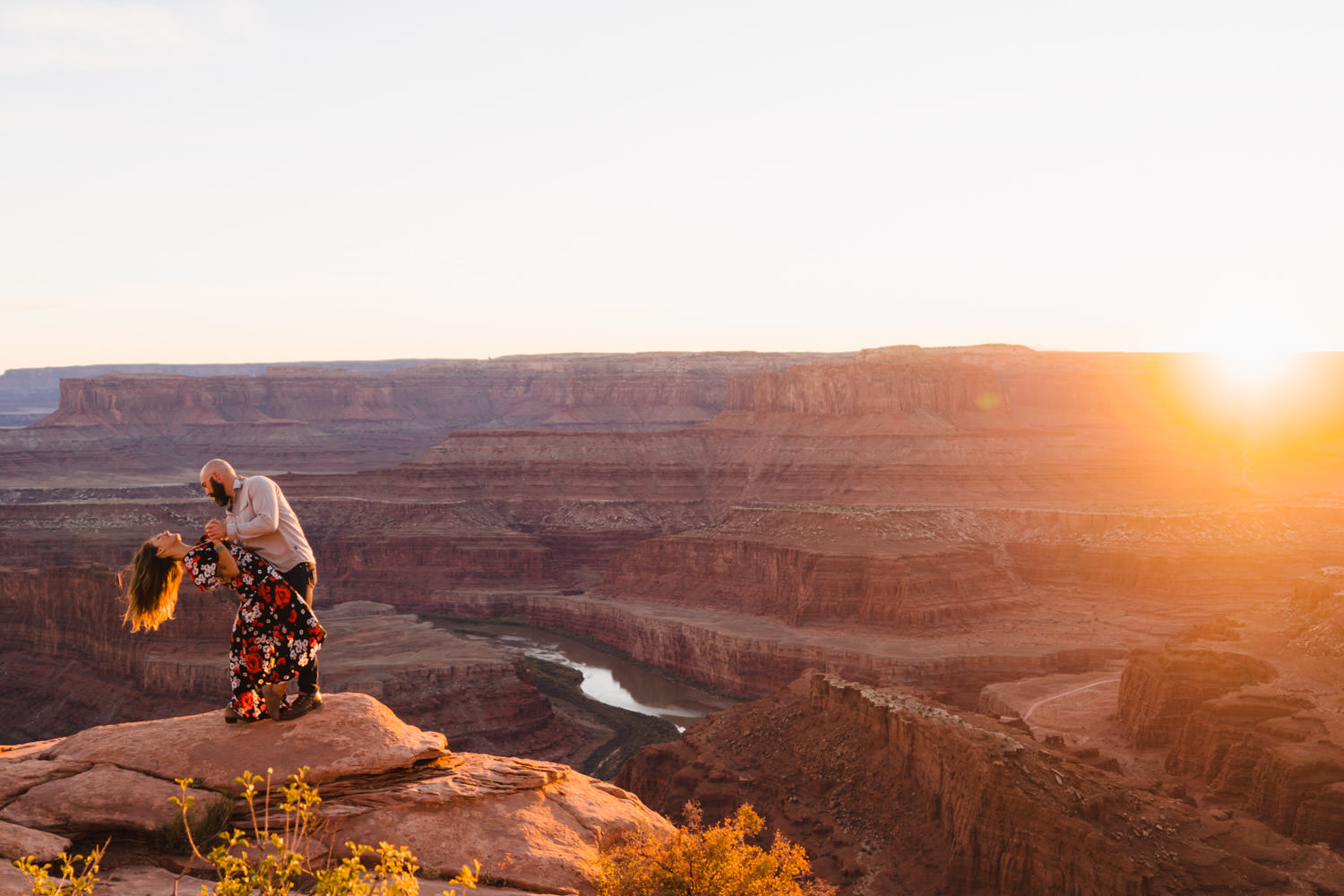 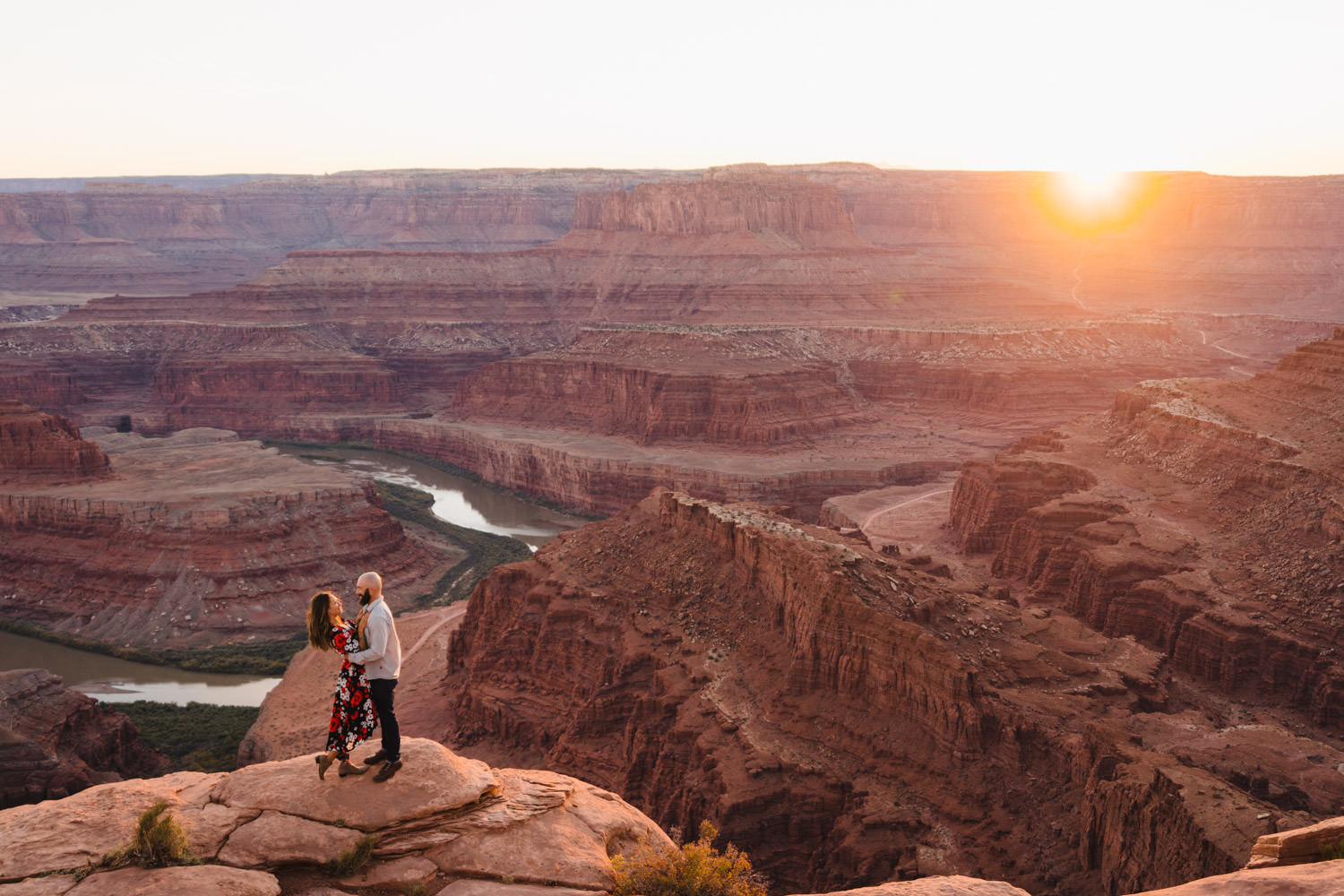 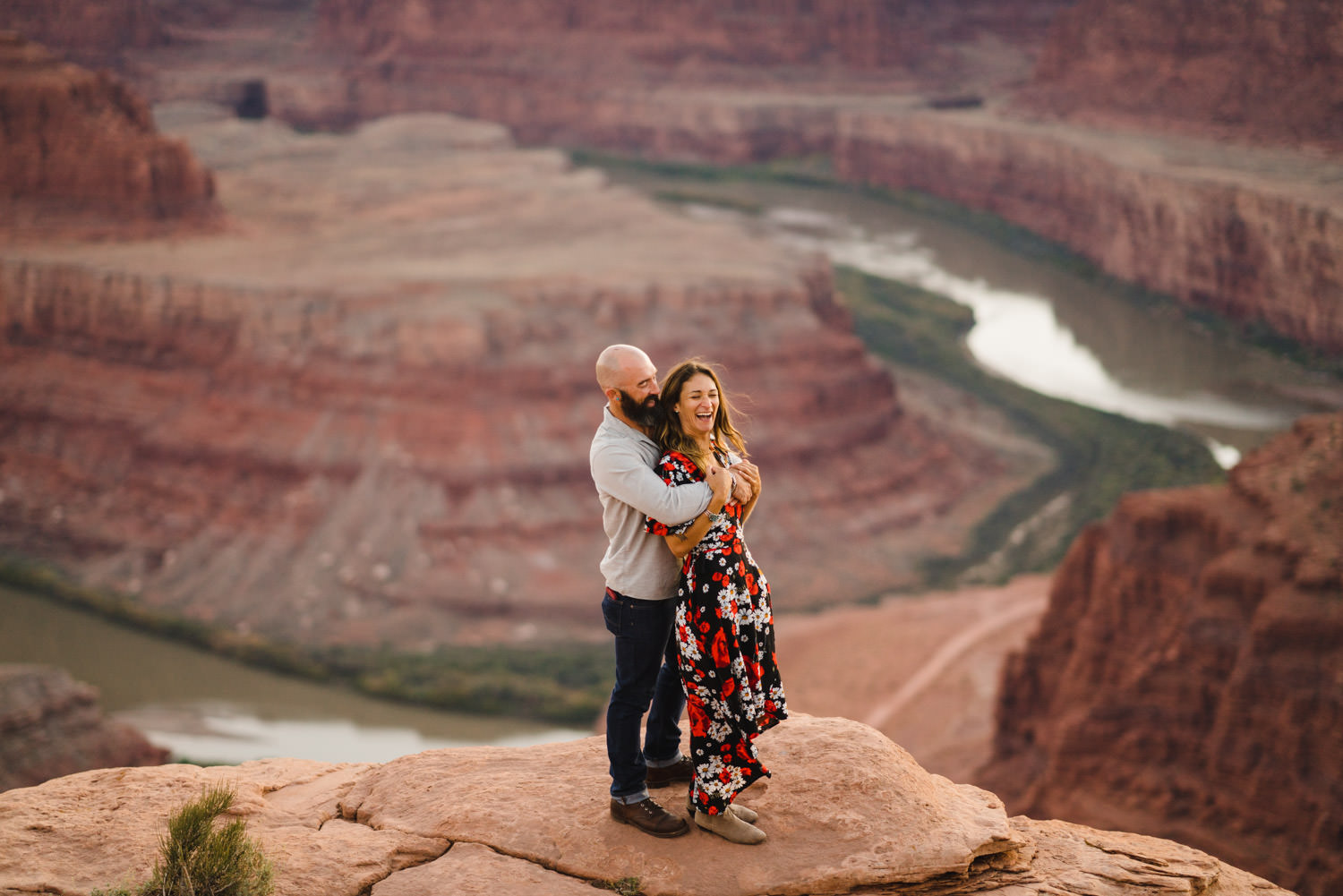 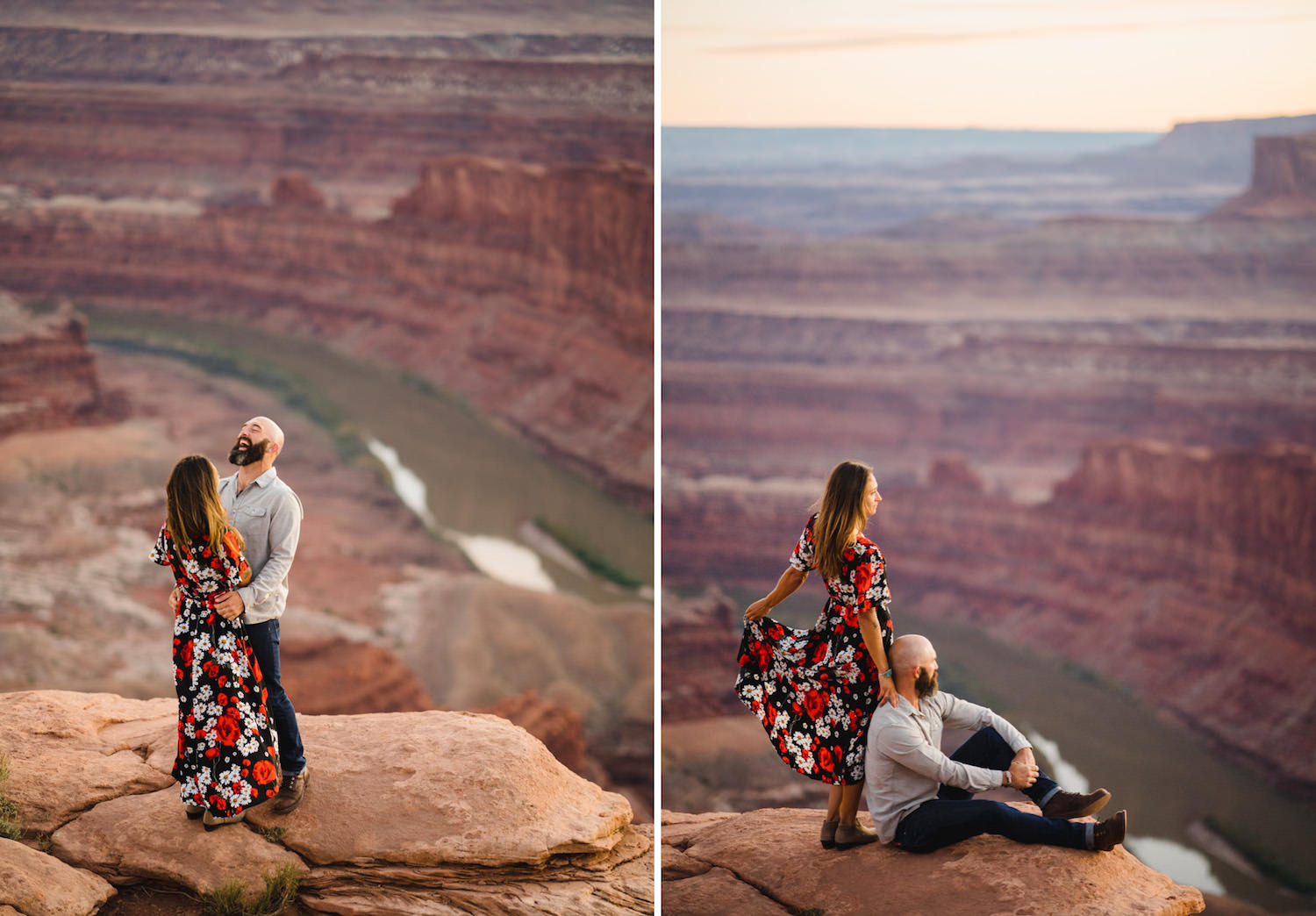 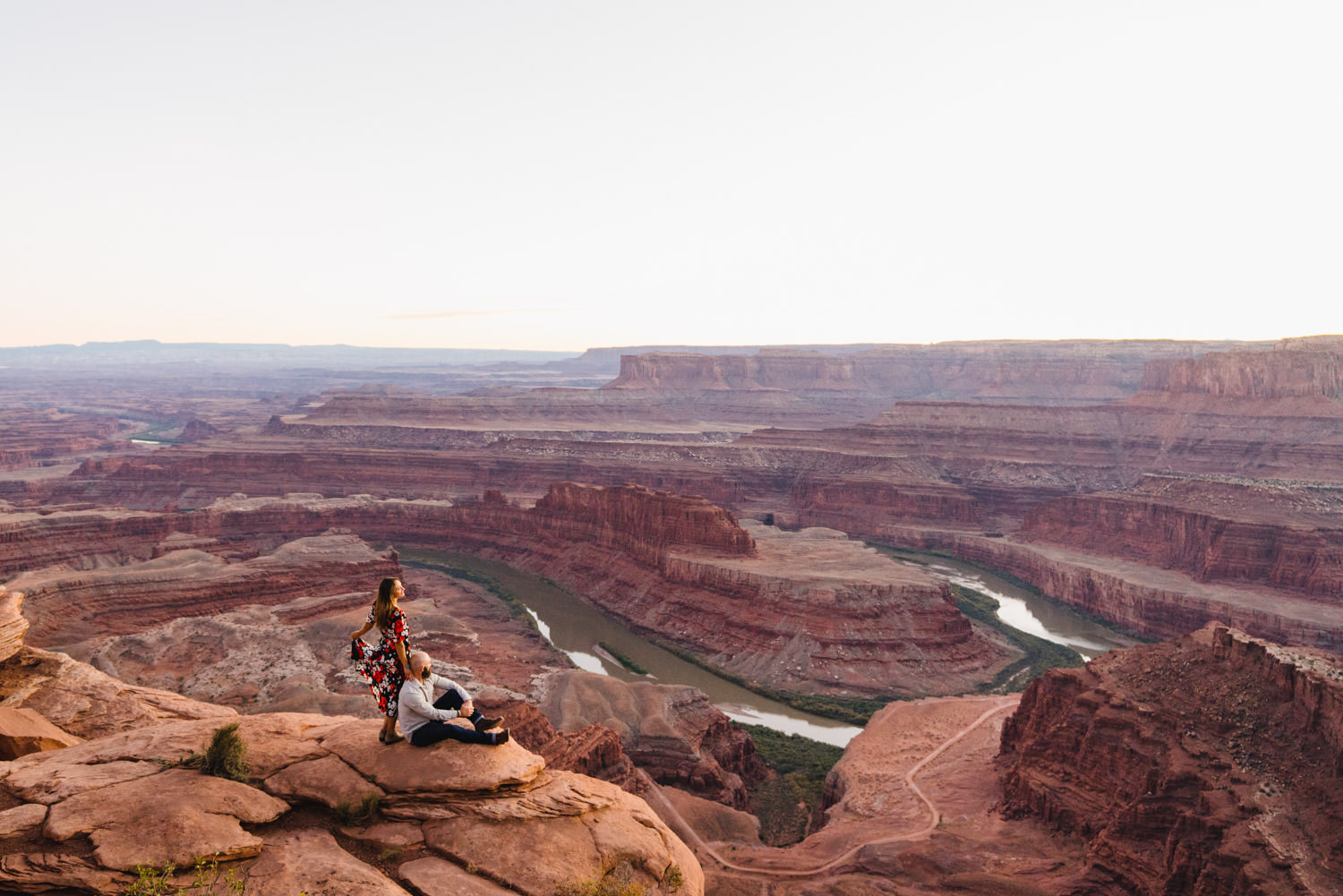 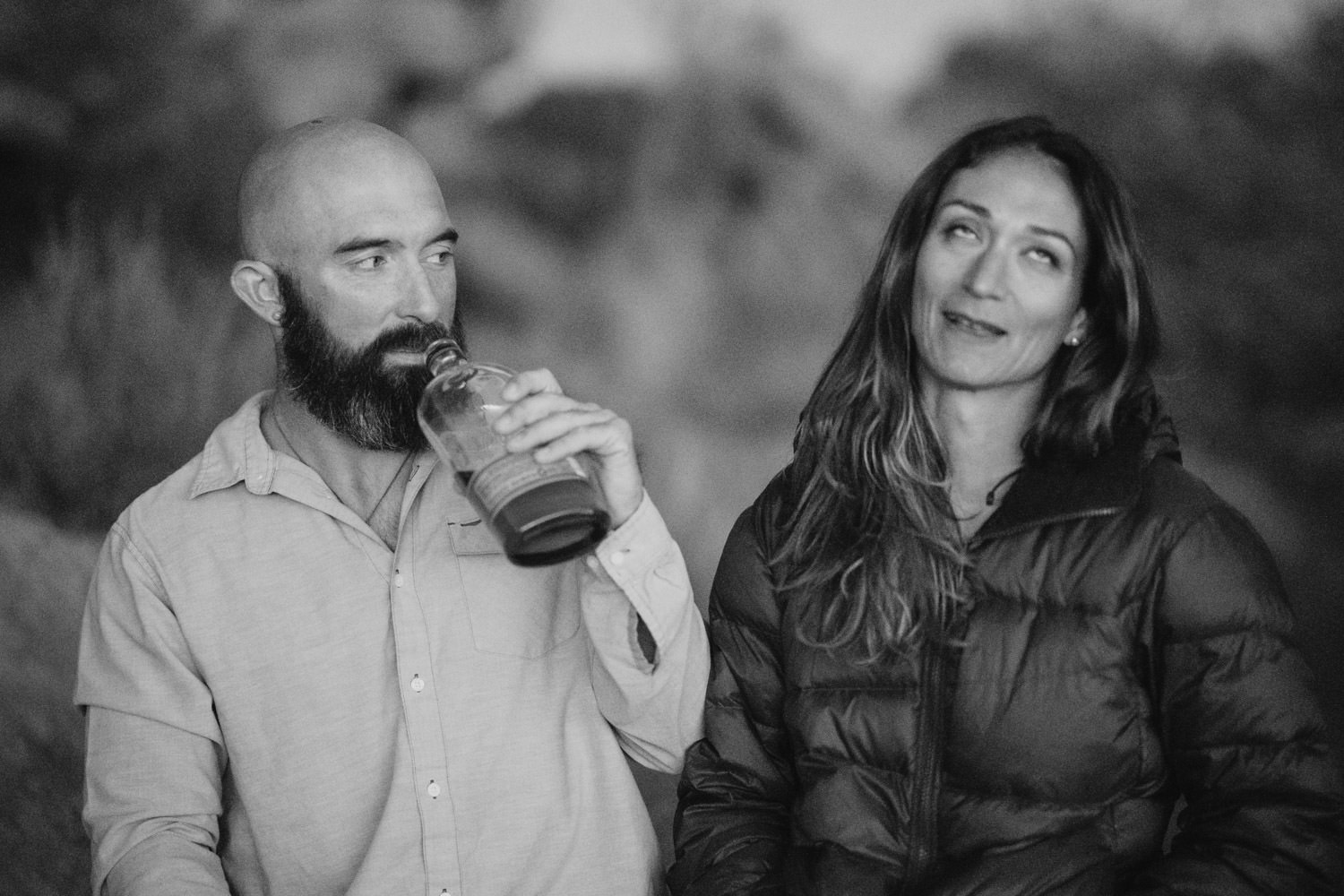 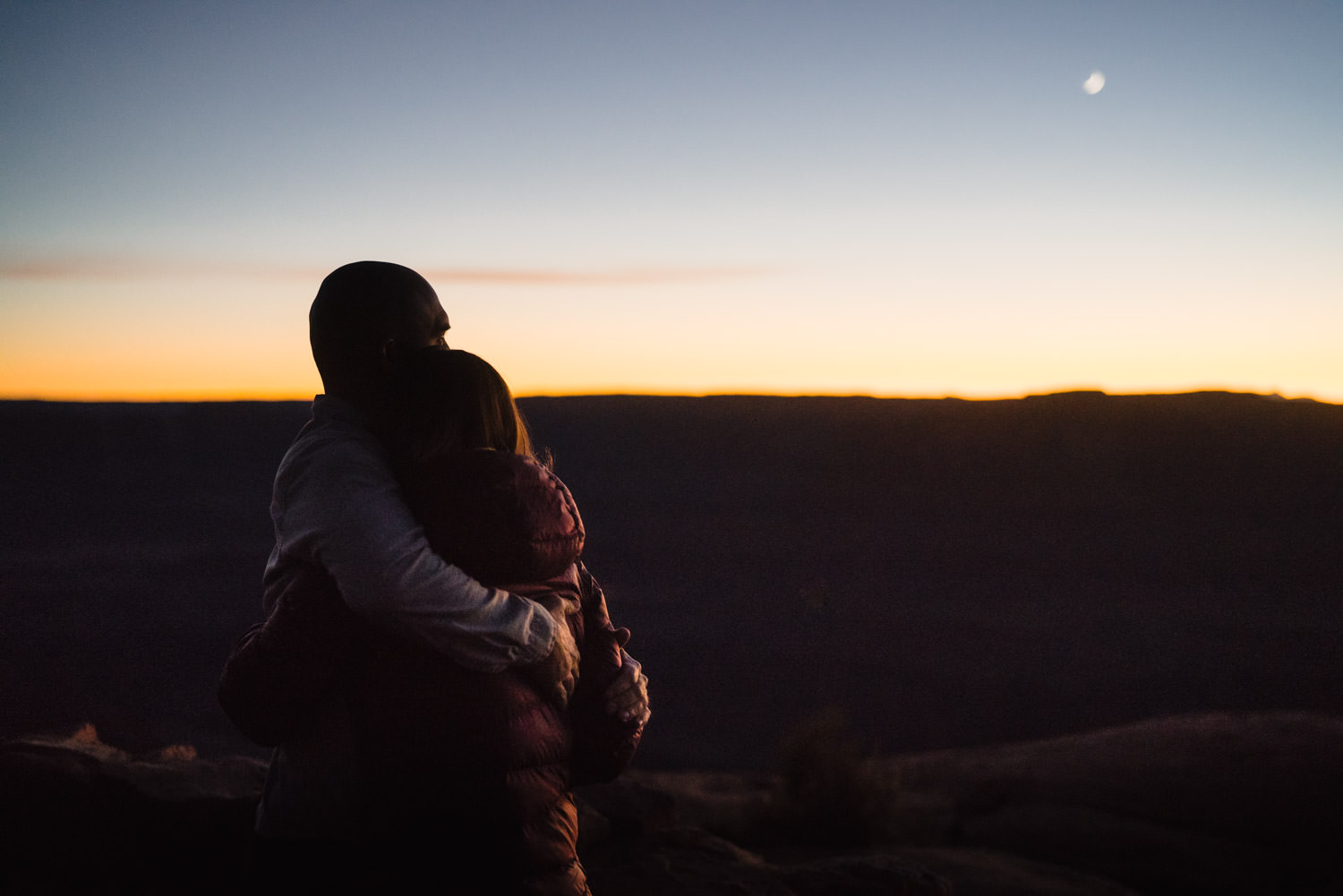 LET'S TELL YOUR STORY
We'll capture honest photos and fleeting moments that bring you back to remember exactly how it felt—the joy, the jitters, the crazy party, the wild love.
LET'S CHAT